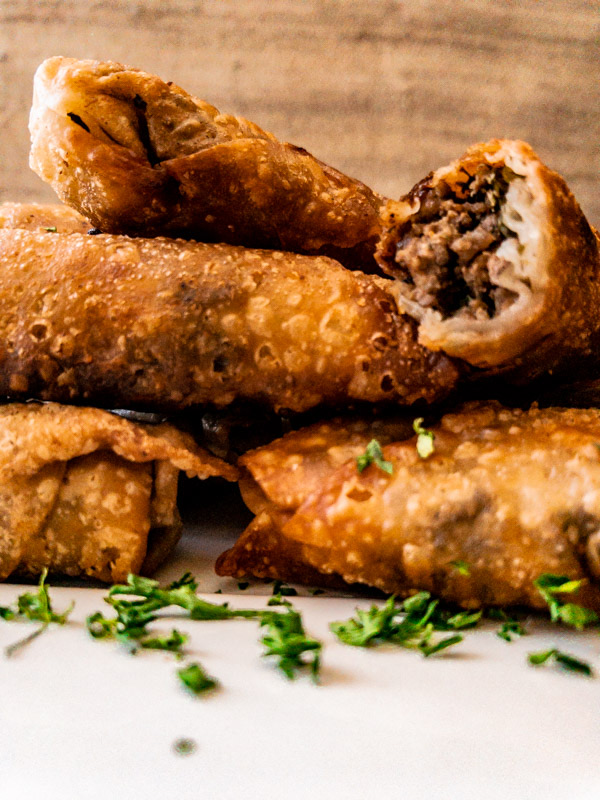 This is a great appetizer that can be made in dozens at a time. There are many variations of borek ranging from Eastern Europe, Turkey and the Middle East. Our mom would always make a huge batch of borek and freeze them for later. As a kid during busy weekends, mom would pop some of her ready made borek into the oven. It was always the best grab and go snack as well as a great appetizer to eat when I would watch sports games with my Baba.

My parents recently came to visit me in LA, and of course it was great to see them, but I was so happy my mom wanted to come make some homemade meals. We spent an evening at Whole Foods gathering all different kinds of ingredients for us to cook and freeze for me to eat later, and, of course, borek was on her list of iconic freezable dishes. She also taught me how to make the filling, and luckily this filling mirrors the potato chop filling. So feel free to go ahead and use the rest of your parsley bunch on potato chop!

This recipe is pretty easy as you just need to prep the filling. We use egg roll or wonton dough sheets to wrap the filling. You can also use phyllo dough sheets if you want a thinner wrap. You don’t have to do anything different to these dough sheets, but just add water to the edges to act as a binding agent to help wrap the meat filling. Once you fry the borek and they are cooled, you can eat as many as you want and save some for later in your freezer. If you save the borek for later, then warm it up in the oven. The oven will help maintain the outside dough’s crispiness. 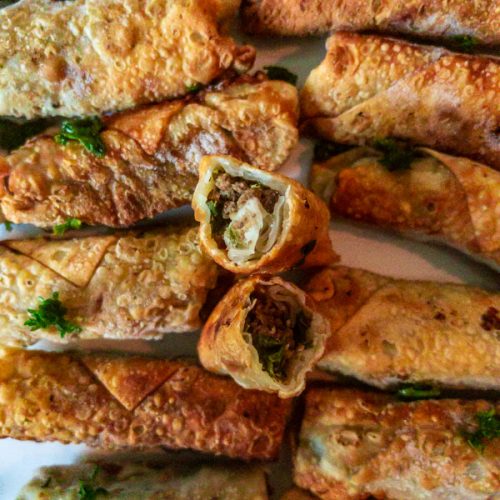 For a healthier version of borek, you can bake the borek. More info to come on oven temperature for baking borek!