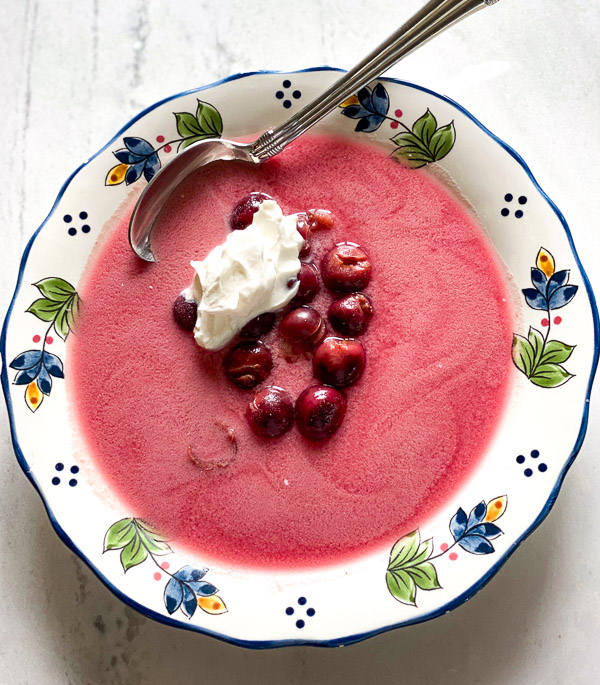 Sour cherry soup is a Hungarian summer time favorite. Over the years, I have heard about this famous soup from my boyfriend and his family. They recount summers spent around Lake Balaton and the surplus of sour cherries in the area. Sour cherries can be used to make compotes, desserts and, of course, sour cherry soup.

Sour cherries are not an item frequently seen on American shelves, so when I stumbled upon them at the Lincoln Park Farmers Market, I had to try them! My boyfriend’s mom was also excited by this unique Chicago find, and she taught me how to make it.

These cherries were a little bit smaller than the ones they use in Hungary. She described them more like the cherries that are found in the wild and line the streets waiting to be picked.

This soup is super flavorful and unlike anything I have had before. It’s spiced, creamy, and tart and the chilled temperature makes it perfect for summer. Just enjoy with a wine spritzer mixed with elderberry juice and you got yourself a taste of Europe this summer. Enjoy!