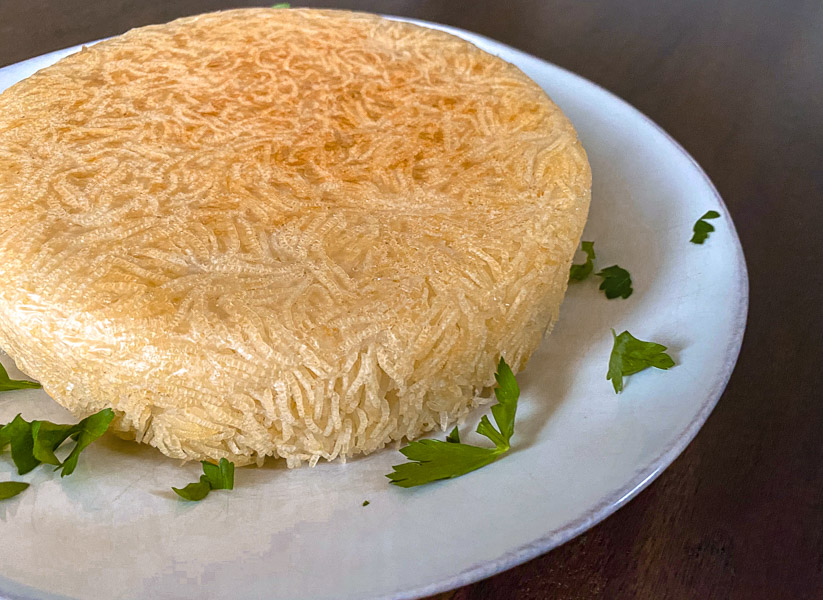 Rice with hikaka is a staple in our house. But, what is hikaka (pronounced hick-ka-ka in Arabic) you may ask? Hikaka is the delicious, crispy rice that forms at the bottom of a pot of cooked rice. When ready to serve the pot is flipped upside down revealing a beautiful golden cake with a perfectly crispy out layer and fluffy interior of rice. What’s not to love?

The basic premise of making hikaka is that by adding extra cooking fat (olive oil in the recipe below) the bottom layer of the rice gets fried, while the rest of the rice gets steamed. Hikaka can be made on any type of rice. Below is the concept of how to make it with white basmati rice, which is the most common rice to eat with different Arabic Stews/sauces (known as Marakah), such as basalia and ras asfour.

If you have the time, forming hikaka on rice should not be a question.  It is “the best part” of the rice and has been fought over at many, a Middle-Eastern table.

*If you would prefer to use brown basmati rice instead of white, add a little more water  (3/4″ above rice instead of 1/2″) and longer cooking time (keep covered for 30 minutes instead of 25 minutes).    A crust will form, but it will not be quite as golden or crispy as with white rice. **You can also use butter instead or a mix of butter and olive oil, any combination will render a fabulous hikaka.