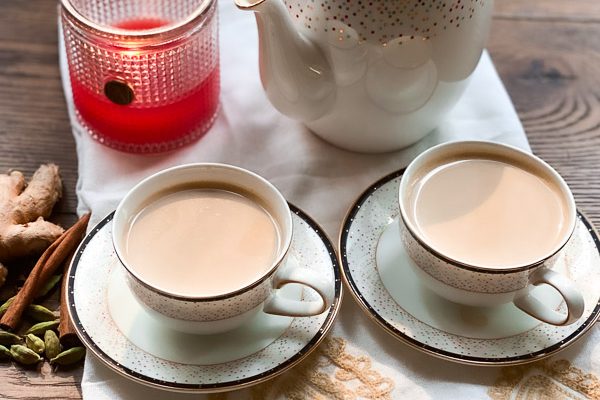 Around this time of year, without fail, there is a craving for all the fall spices. Hence, this authentic masala chai recipe is making its way to you. No less from my close friend, Annie and her mama, who are the true pros of this … 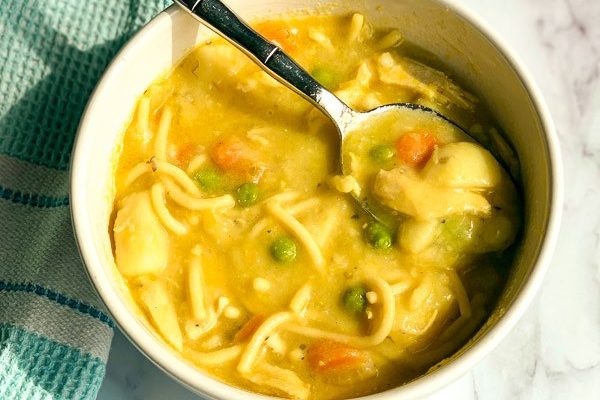 This chicken noodle soup recipe is super creamy, tasty, and hearty. Your kids will love it! With cardamom in the recipe, this is definitely a uniquely-flavored chicken noodle soup. Of course, Nana brought us this amazing recipe! Sick days were always a great time staying … 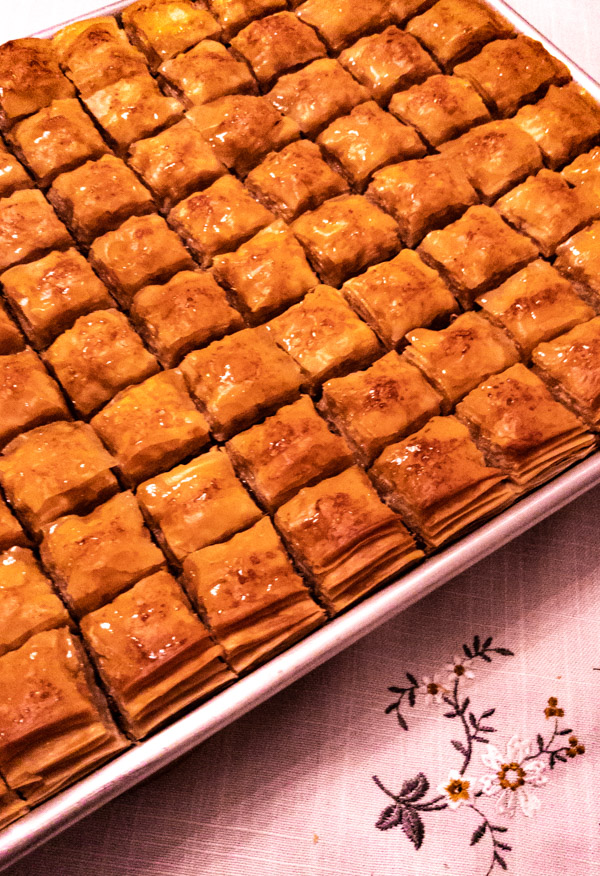 Baklawa (baklava in Greek) is the quintessential Middle Eastern dessert. In this version of baklawa, spiced walnuts are nestled between layers of buttery phyllo dough and finished with a heavy hand of delicious honey. The outcome is a blissfully sweet dessert that without fail puts my relentless sweet tooth at bay…at least for the time being.

The making of this dish was truly a family affair. As I have mentioned before, often when one person is cooking up something, other family members just show up. Some help, some drink tea, some are there for the snacks and chaos but all together it is a great time! This time, I was lucky enough to have Nana B’s brother, Umu Hazim and Amma Nezhat (my great aunt) also help out. Umu Hazim was an accountant back in his day, and his precise nature was a great addition to the baking, see below!

As I mentioned before, nothing beats a great dish made at home. It is said the components of a great dish are “fat, acid, heat, salt..” But I’d argue that a huge flavor factor is sentiment. How many times have you eaten a dish that you grew up eating that has the exact same ingredients, but it does not 100% taste the same? I think it has to do with sentiment. There is a huge comfort level and flavor bomb that occurs from cooking at home, especially if they are recipes that become familiar in your household. Why not make baklawa one of those?

*We typically find our phyllo dough in the refrigerated or freezer aisles of most Greek, Mediterranean or Middle Eastern grocers. Given the thin nature of phyllo dough, be sure to work with it quickly once exposed to air or it will dry out. If you cannot find that exact size, no worries! Just crimp the edges in to adjust to the size of your baking sheet. **Grind fresh whole cardamom pods until you have 2.5 tsp of ground cardamom.
Keyword baklawa, cardamom, honey, phyllo dough, walnuts
Recipes, Sweets
-
by ThreeTeasKitchen
-
1 Comment 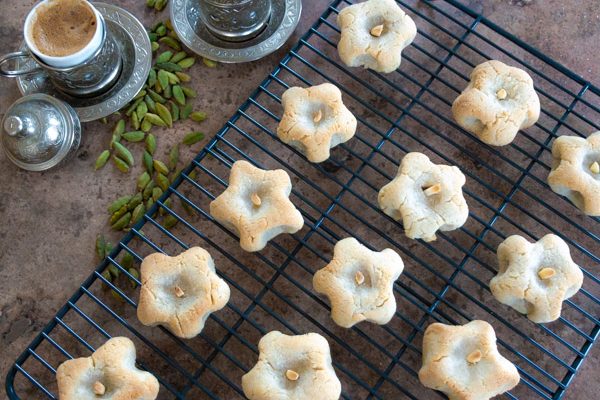 There is nothing more uniquely synonymous with our Nana Badriya than Lawzena.  This one-of-a-kind cookie contains the perfect balance of just four ingredients: ground almonds, whipped egg whites, sugar and cardamom. People come from near and far for a taste of this delicious, chewy, almond cookie …